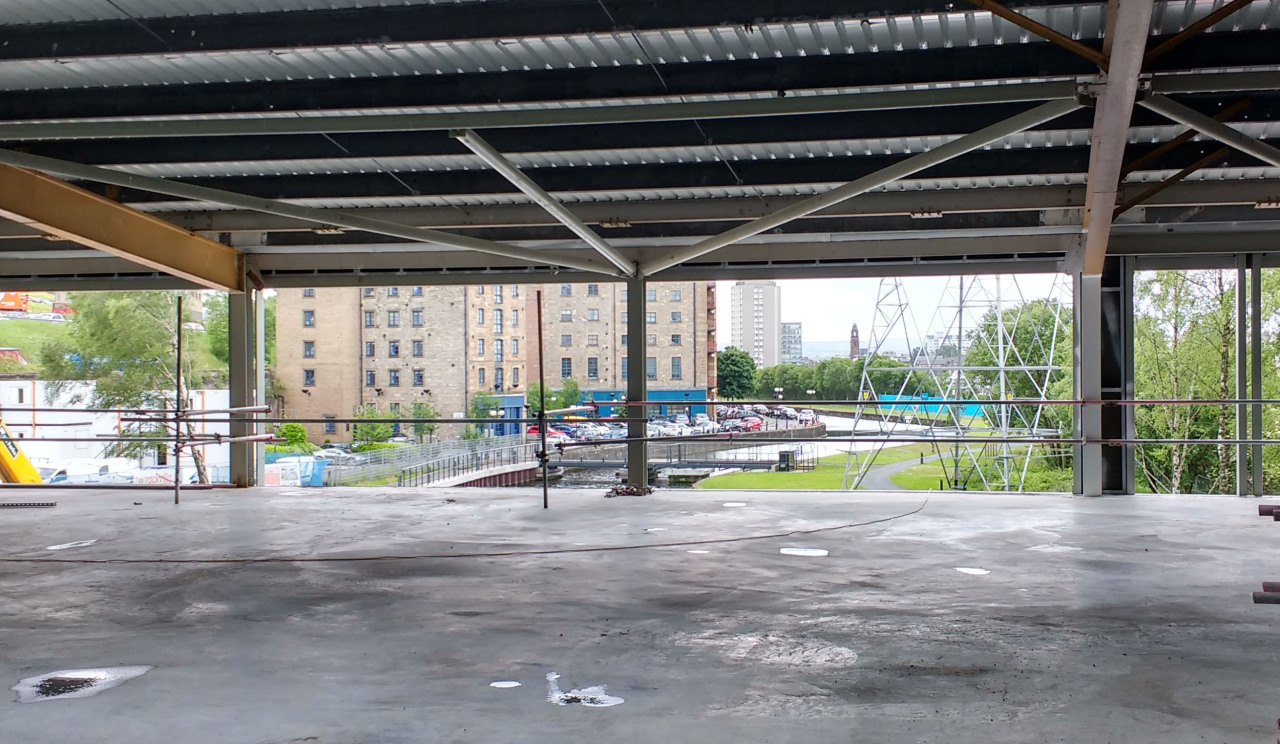 Entitled Rockvilla, this new facility is sited on the banks of the Forth & Clyde Canal, within Glasgow’s burgeoning cultural quarter. As the new engine room for The National Theatre of Scotland, it will encourage people to engage with previously avoided sections of the canal, and contribute to the continued regeneration of the Speirs Wharf area.

Rockvilla will be a dedicated facility to assist the theatre company in their ever more ambitious national and international productions. It will have a fully operational technical and costume production resource, as well as providing spaces for small-scale community drama work. It will also include one of the largest theatrical rehearsal rooms in Scotland.

The building will not be a venue for public performances, as the National Theatre of Scotland continues to say true to its innovative ‘Theatre Without Walls’ model of operation.