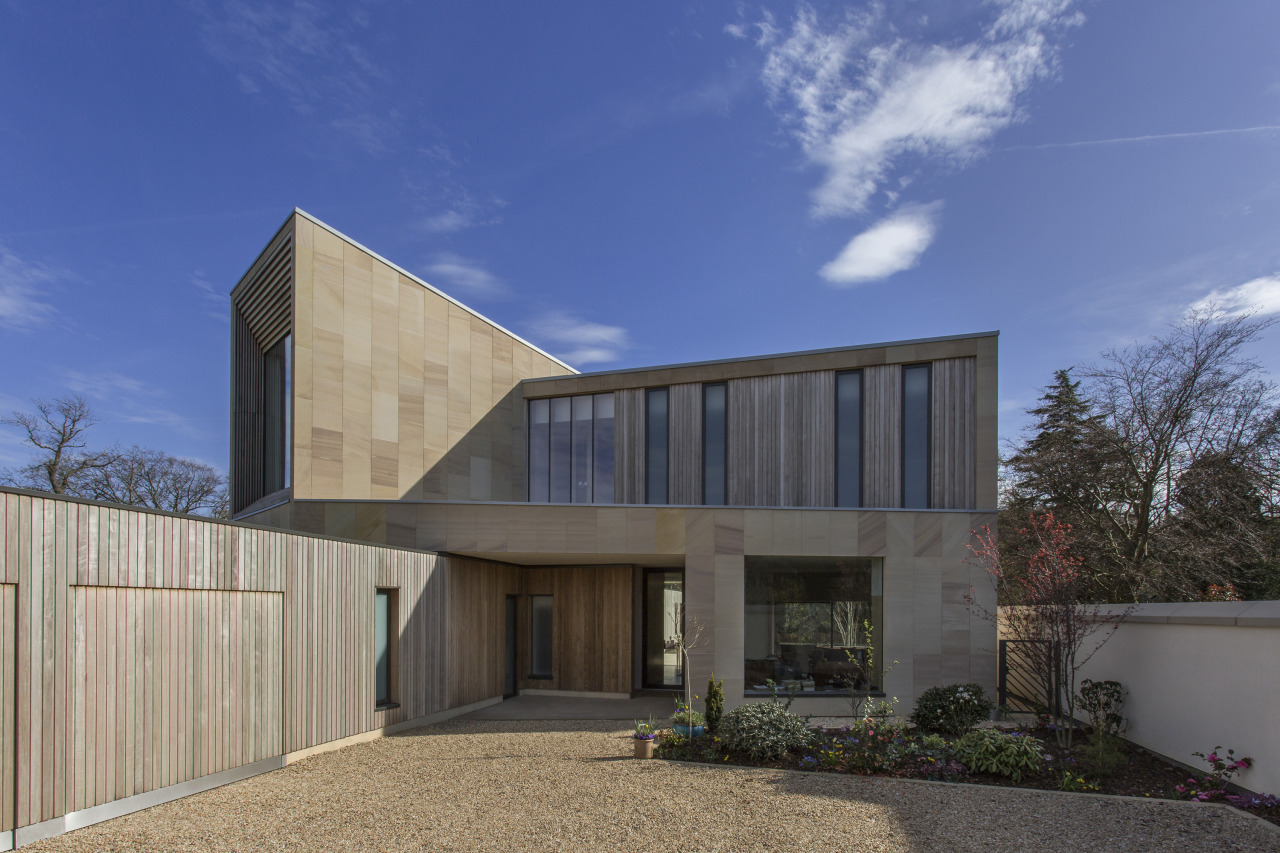 We were delighted that the Ball house, a private residence in Edinburgh’s Morningside Conservation Area, received a Commendation at this year’s Scottish Design Awards. Sited at the end of a string of traditional stone villas the contemporary design responds to this immediate context through the use of stonework & timber panelling, prominent bay windows, and carefully defined external spaces. As well as responding to the distinctive context within a sensitive conservation area the house takes advantage of long views over Midmar Paddock and is carbon neutral in operation. 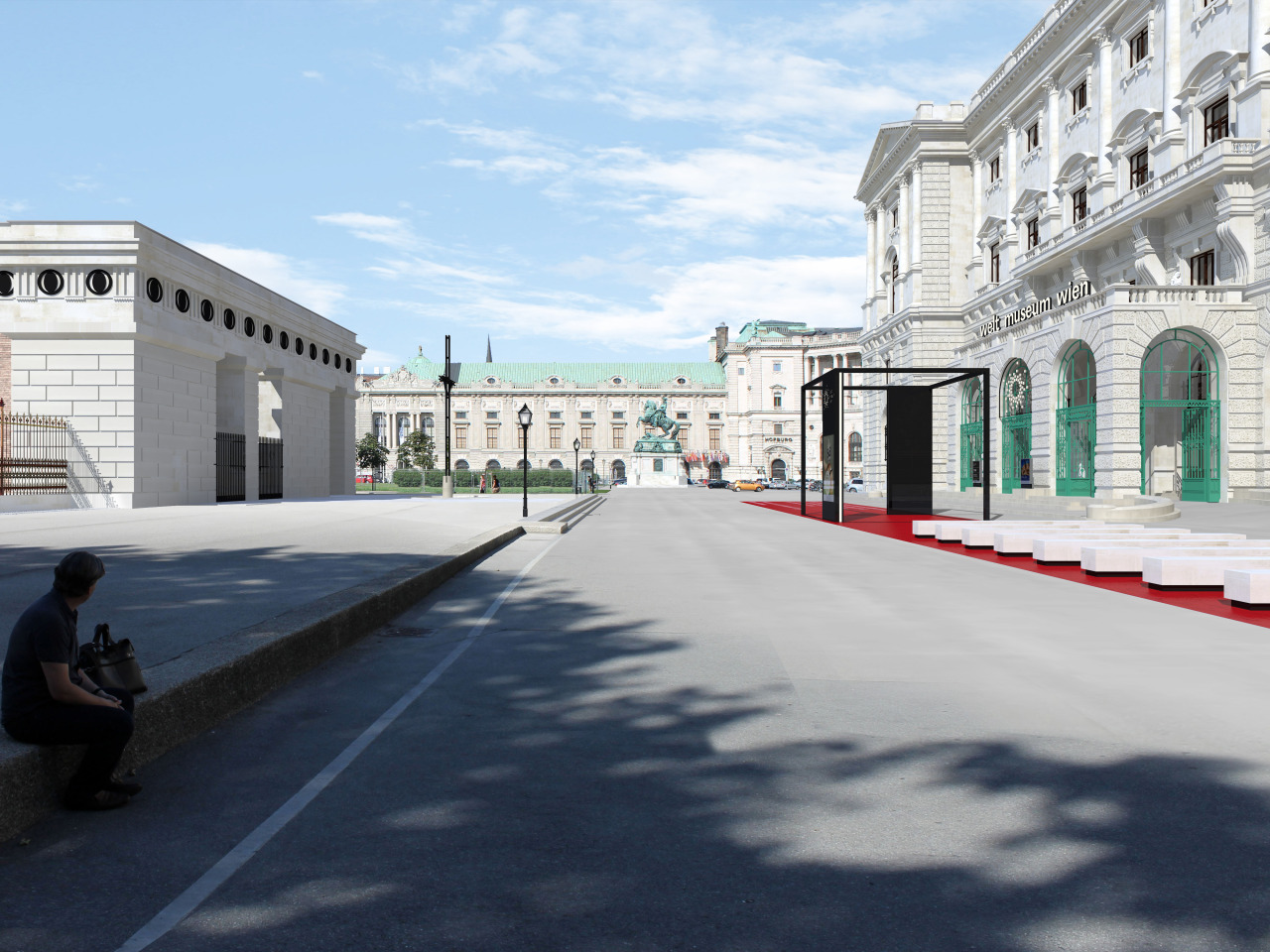 Plans for the Weltmuseum in Vienna took a step forward this month, with the approval of the budget by Culture Minister Ostermayer. KHM Director Dr. Sabine Haag and Weltmuseum Director Dr. Steven Engelsman announced the decision here: http://www.weltmuseumwien.at/

The approval allows the collaborative team of Hoskins Architects and Ralph Appelbaum Associates to execute the plans to redevelop the exhibition areas and visitor facilities in the Weltmuseum in the historic Hofburg Palace in Vienna. The museum closed its doors in November 2014 in preparation for the refurbishment and is planned to reopen again in 2017.

National Theatre of Scotland out to tender 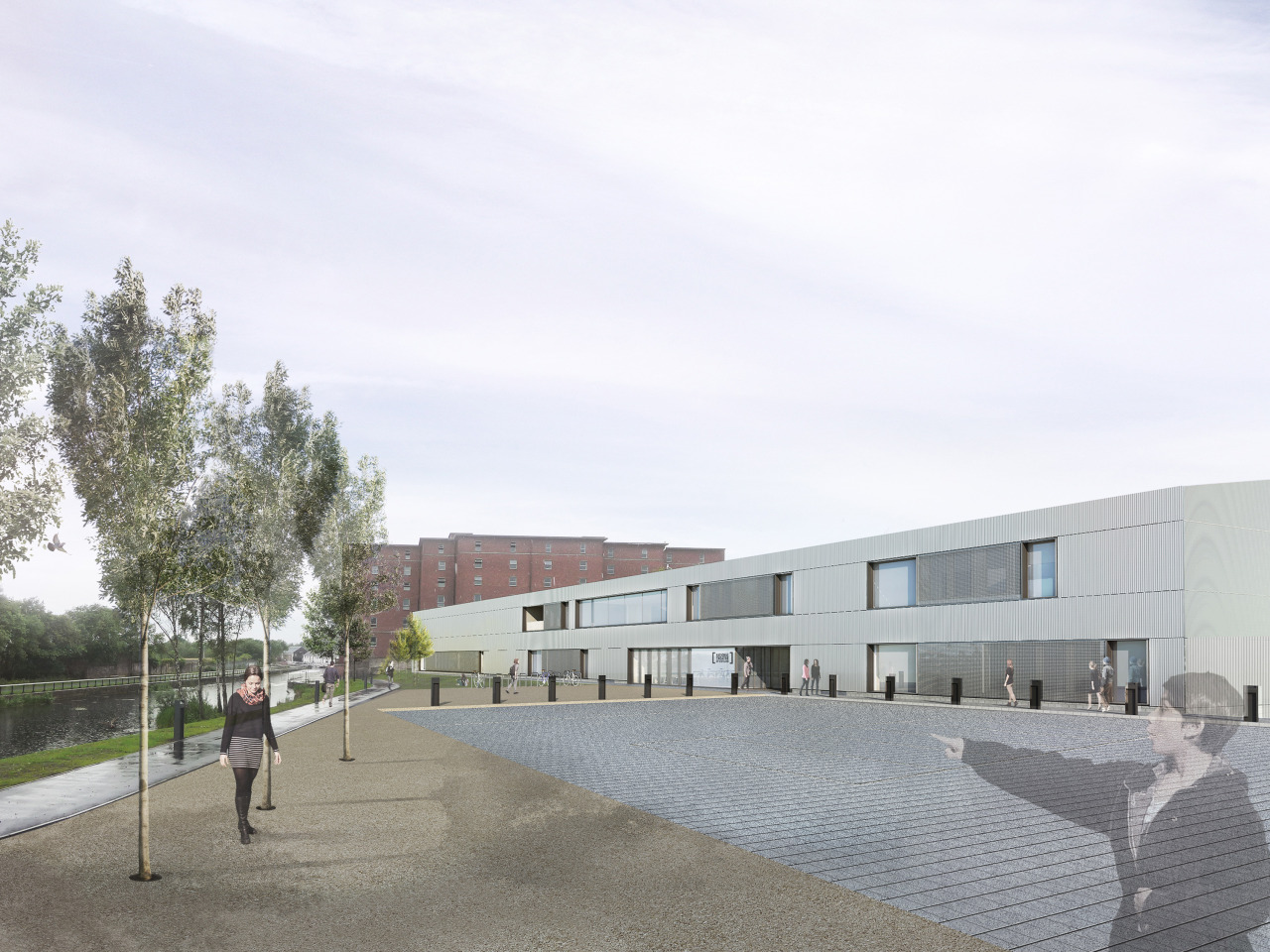 The creation of a new home and creative hub for the National Theatre of Scotland took a major step forward this week as the project went out to tender.  With construction work programmed to start in July 2015, Laurie Sansom, the artistic director at NTS said the development will be; “A place of imagination, learning and play. A space from which we can begin to fulfil our ambitions, not just for the National Theatre of Scotland but for the wider theatre community and the entire nation.”

The redevelopment of a disused industrial shed on Craighall Road will feature four new rehearsal spaces including a dedicated Community Room, for outreach programmes, technical workshops and storage for set design and construction, a wardrobe department and office space.  For the first time all of the departments of the National Theatre of Scotland will be based in one building leading to greater collaboration and creative focus helping to continue NTS’s growth both nationally and internationally.

Located near Speirs Wharf on the banks of the Forth & Clyde Canal the development will become part of the regeneration of North Glasgow and the burgeoning Culture Quarter in that area.  The design retains the industrial aesthetic of the buildings in the area and is in keeping with the vision for a ‘creative factory’ with robust flexible interior spaces that will allow individual expression and community interventions within them. 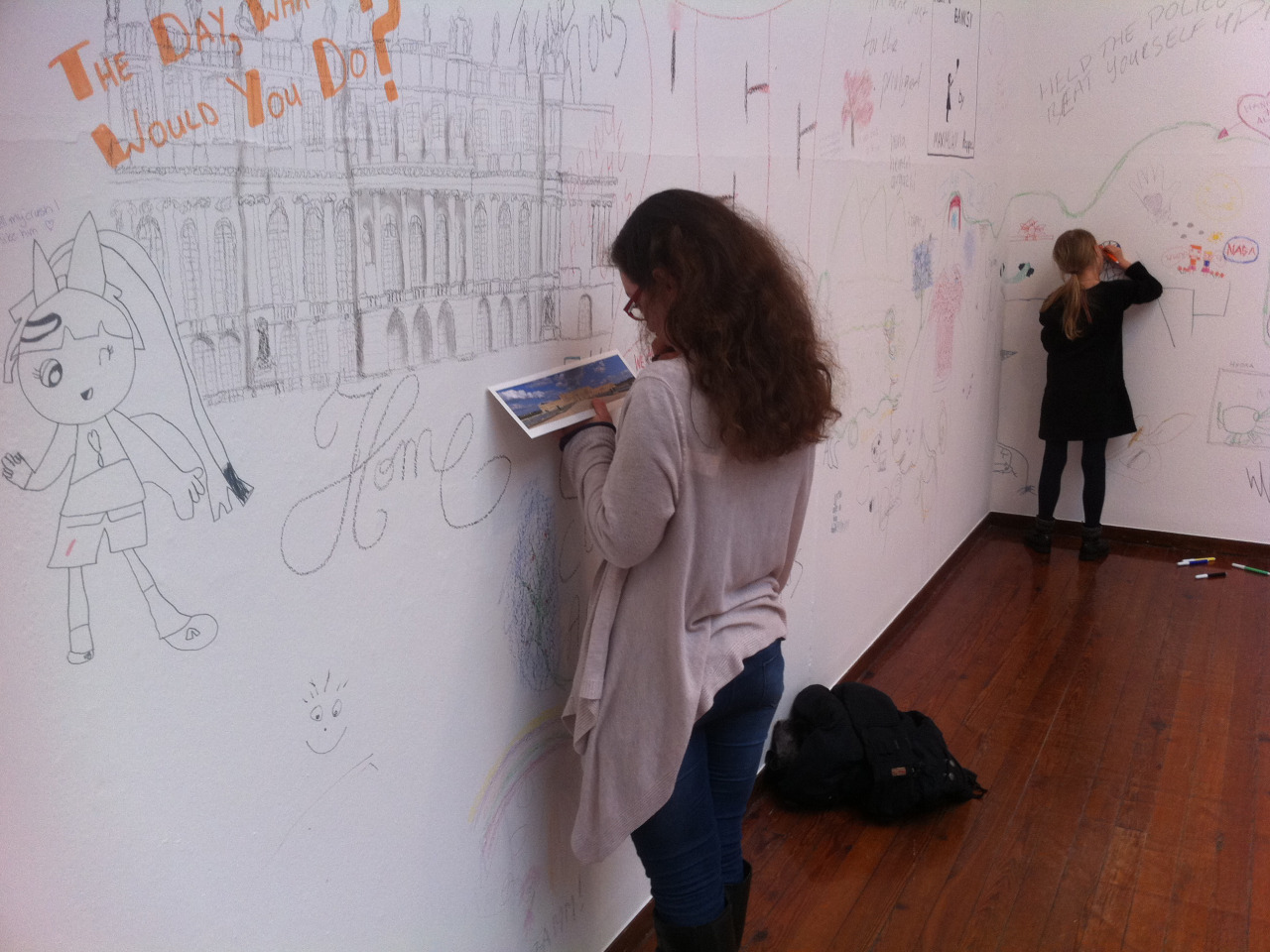 To mark the formal closure of the Aberdeen Art Gallery, prior to it redevelopment, there was a host of public events held in the now empty building.  The public got to use the space in a way not usually possible in a building that normally houses one of Scotland’s most important art collections. Gareth and Donald made the journey to Aberdeen to enjoy the events which included live music and performances, life drawing, clay sculpting, picnics in the galleries, penalty shoot-outs, all culminating with a ceilidh. They didn’t report on who scored the most goals or impressed most on the dancefloor.

The reopening of the building is planned for November 2017 when visitors can look forward to 21 gallery spaces in place of the existing 11, a new rooftop gallery to showcase international-quality exhibitions, two new education suites and a community gallery. The project will see a sensitive upgrading of the Cowdray Hall and integrate it more effectively with the Gallery creating new opportunities for visitors to engage in both art and music. It also encompasses the War Memorial Hall which will be carefully treated to reflect both its role as a space for quiet contemplation and as the home for the civic act of remembrance. All of which will create a world class cultural centre which celebrates art and music and is at the heart of civic and cultural life.

Presentation by Robert Mantho on The Urban Section 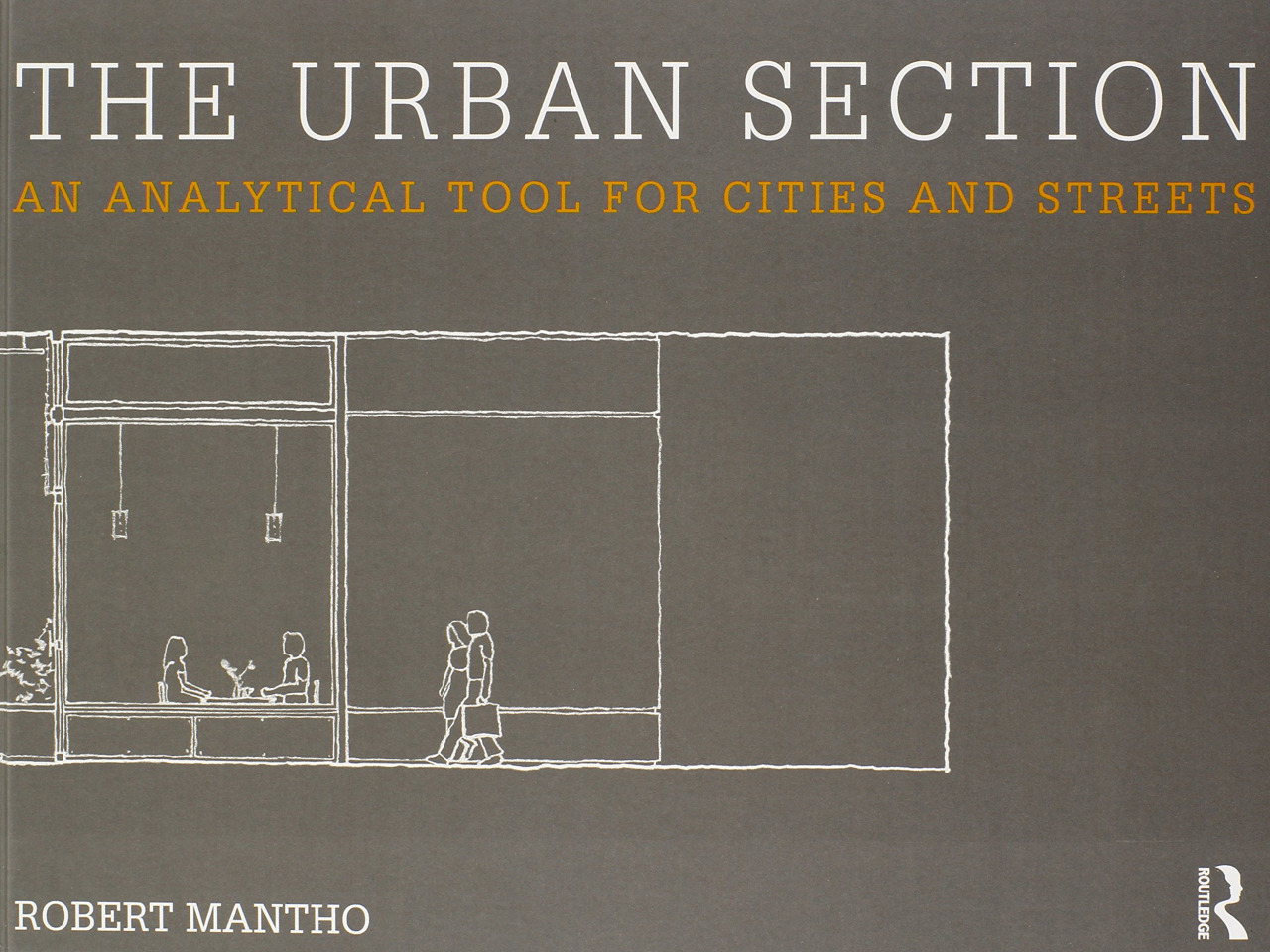 Robert is the Stage 5 leader in the Mackintosh School of Architecture and was invited to come office to chat to us about his most recent publication, The Urban Section, which investigates street profiles and city sections from around the world in an attempt to identify best practice for street and city design. His presentation used examples from the book and led to an office wide discussion covering a wide range of topics from the challenges and methodologies for designing urban streetscapes to individual’s personal favourite streets. 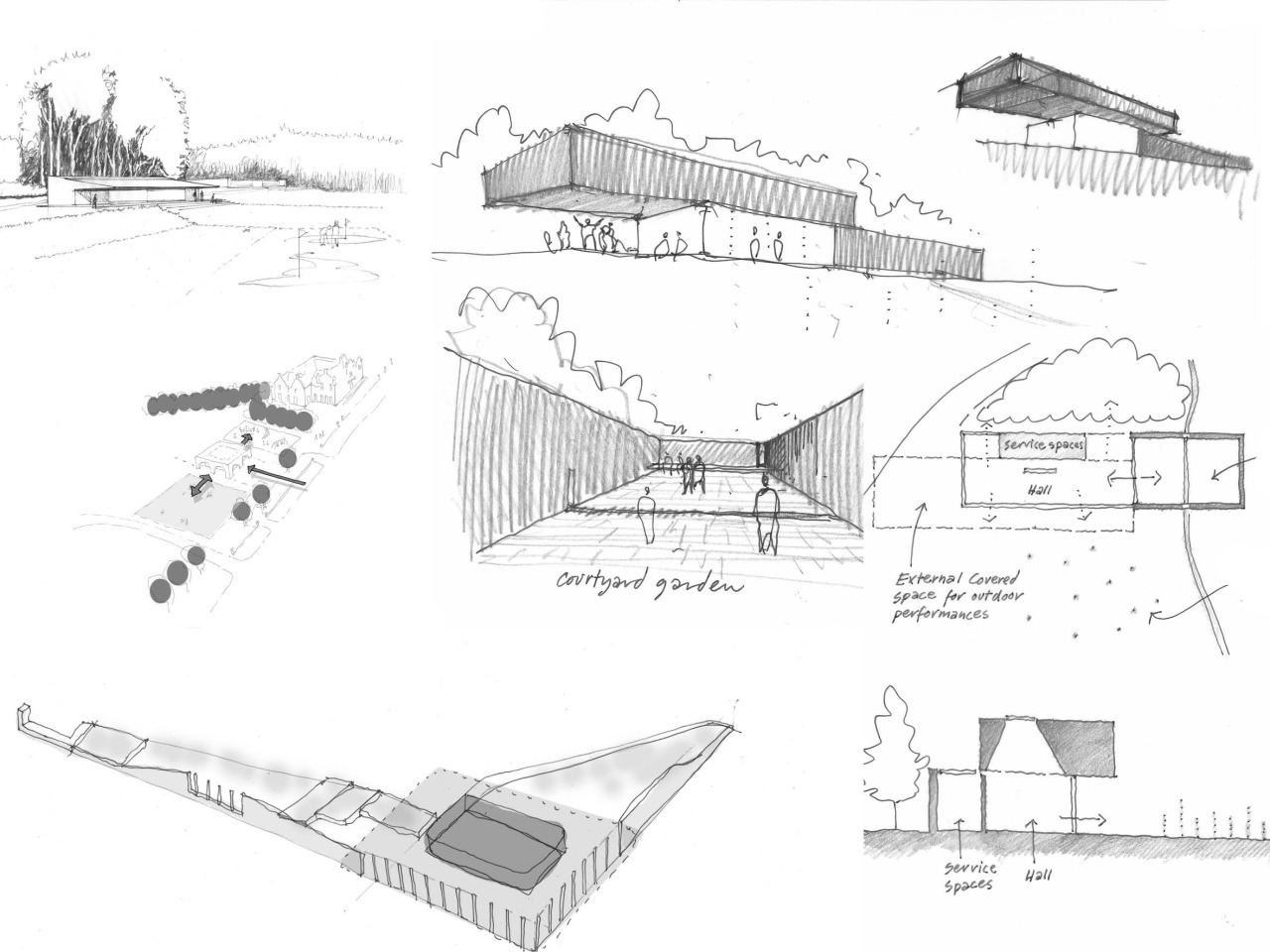 After winning the bid to redevelop Helensburgh’s historic Hermitage Park for Argyle & Bute Council along with landscape architects, Gillespies, we held another of our regular office-wide design charrettes. Once again a there was a wide range of ideas put forward, from an imposing brick arched structure in the middle of the Park, an extended wall linking the pavilion to the Park entrance, to a timber clad glass box with an intimate walled garden around one of the burns which run through the Park.  The client was delighted with the range and quality of ideas that came forward in the charette and the resultant discussion has led to a reconsideration of the brief and the building’s location.